Since 1975 Dr. Walters has been involved in training and educating young physicians including medical students, resident physicians, and fellows in healthcare. Dr. Walters is a board certified obstetrician/gynecologist as well as a board certified reproductive endocrinologist.  He has enjoyed practicing in an academic environment as well as in private practice.  He is now engaged in full time Executive, Personal,  & Team Coaching.

In 2002 he graduated from the Peter F. Drucker School of Business Management at Claremont Graduate
University with his executive MB A degree (Hons).  In recognition of high scholastic achievement while at Claremont Graduate University, Dr. Walters was selected for membership in the Beta Gamma Sigma honor society for collegiate schools of business. 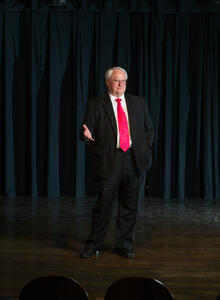 During his executive MBA training Dr. Walters has had the   opportunity   to "sit at the feet" of Peter F. Drucker, Ph.D. (the father of  modern business management) and Mihaly Csikszentmihalyi , Ph.D.(a  world leader in innovation, creativity and 'flow').  Dr. Walters has also  attended lectures from Dr. Martin E.P. Seligman, the father of positive  psychology.  Dr. Walters is also a member of the the American Association for Physician  Leadership.

Dr. Walters studied at the College of Executive Coaching in Santa Barbara, California achieving his ACC certification bestowed by the International Coaching Federation. Though Dr. Walters is a physician, he coaches leaders in all fields of business. Most recently, Dr. Walters has been coaching Executive Directors of many nonprofit organizations who wish to take their organizations to the next level of service with superb management skills.

Start your new path in life and be the change today!